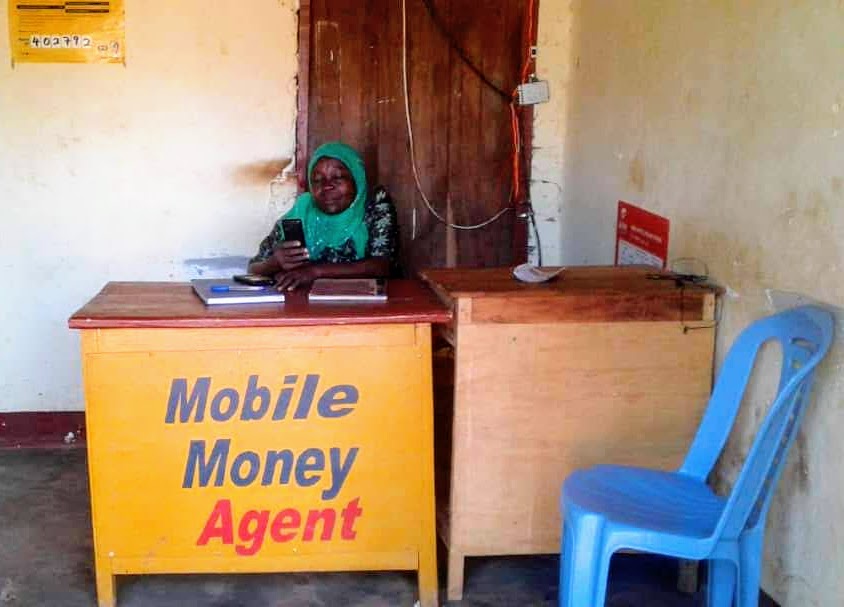 Women on the Move

Click. Tap. Send. If you’re a woman reading this in a developed country, this is probably how you transfer money to people, or even make an investment. You probably have a bank account, and it is likely that you opened it online or just went to your neighbourhood branch to fill out some forms.

But what would you do if you lived in a very rural community far from a bank and where internet hadn’t quite penetrated yet? What if, like 4 out of every 10 of your female friends, you weren’t even literate enough to fill out a form? On top of it all, what if you were a refugee?

The situation just described is a conundrum that many of Uganda’s poorest communities face, steeping them in a poverty trap whereby they need access to finance to make basic investments, but a basic investment hasn’t been made in expanding access to finance to do so. Like a dog chasing its tail, people consequently spend a lot of time and energy trying to make a change and going in circles trying to achieve it.

Thankfully, the boom in mobile phones and mobile money in East Africa is helping to turn this narrative around. Companies like Airtel and MTN have allowed anyone with access to a mobile phone to be able to send and receive money with the exchange of a few texts, and deposit or withdraw this money with any person who has registered their phone and themselves as a mobile money agent.

In Uganda especially, the use of mobile money has exploded not just for its modern convenience but because it has made the injection of capital and investment in the hardest-to-reach communities possible. It has meant inclusion for a large group of people who have historically been left out of financial systems: A subsistence farmer can invest in better seeds to raise his income. A rural mother can pay her daughter’s school fees to help her attain the future she deserves.

Annet Kemigisha is one of the women whose lives has been transformed by mobile money, and she is now literally paying it forward to uplift those in the community that uplifted her. She is many things—a mother, a farmer, a wife, and now a MTN and Airtel mobile money agent who sits at a small kiosk along a dusty road of the Kyantamba Trading Center. But she is also a refugee. The sleepy town in which she now finds herself contrasts strongly with the restless streets filled with gunfire and grenades that caused her family to flee their home in Burundi following post-election violence almost 3 years ago.

She has been forced to start her life from scratch, and like many refugees in the area, makes ends meet by tirelessly working odd jobs—helping the locals to rear cattle, digging in their fields, and any other task where an extra pair of hands is needed. Also in keeping with the other refugees who squat on the land, she has struggled to keep her three daughters enrolled in class.

But these struggles are now melting away. Fellows-initiated Usikate Tamaa is harnessing the power of collective action to make sure Annet achieves the kind of financial stability that will allow her to support her children in the long-run.

Usikate Tamaa, meaning “Never Give Up” in the Kiswahili language, is a community-centered social enterprise founded by a group of 9 Building Tomorrow Fellows and their local counterpart, under the guidance and support of Building Tomorrow’s flagship social entrepreneurship program. Borne out of an observation of children dropping out or rural schools due their inability to pay school fees and a conviction that the ability to invest is fundamental for raising rural incomes and supporting education, Usikate Tamaa launched its activities in 2018, taking the village savings and loan association (VSLA) concept as the jumping point for what would become a unique package of services to kickstart rural investment.

As founding partner and Building Tomorrow Fellow Michael Ainomugisha describes, “Usikate Tamaa is built on the VSLA model, with other benefits added on. Members come together, as a group, and pool their money. This way, it becomes easier to borrow, and therefore invest, a lot more money than you could have come up with as an individual.”

In other words, Usikate Tamaa catalyzes the formation of VSLAs, the members of which decide periodically, as a group, how to invest the money in their communities to generate more wealth or solve other pressing problems. While some individual members borrow from the fund to pay their children’s school fees and then pay the VSLA group back in instalments, the bulk of the money is directed toward an agreed-upon strategic investment voted upon by members to improve their community. This flexibility and freedom to choose the investment opportunity is one of the model’s greatest strengths, as it accommodates contextual differences for investment and tailors to community-specific needs. As Michael explains, “Each community has its own challenges so while we wanted to improve incomes, we didn’t want to do a one-size-fits-all approach.”

A Time to Invest

Annet’s now-flourishing mobile money service at the Kyantamba Trading Center was borne out of this process, and had the benefit of helping both Annet and the community meet an urgent need.

“There were no mobile money services around,” recalls Michael. “People could neither access money from outside their community nor send money to the outside from within their community. They had to travel over 10 kilometers just to do these things.”

This seriously limited the community’s investment opportunities and economic growth. So, when it came time for the VLSA formed by 49 members living around the Building Tomorrow Primary School of Kyantamba to take its first investment vote, it was clear what had to be done. They said: “Let’s do mobile money.”

And, going further to decide who the mobile money operator would be in their community and seeing her relentless determination in their community since she arrived, they said, “Let’s choose Annet and give her a chance to support her children.”

Thus, the decision that would end up connecting their long-excluded rural community to the financial system was taken. The group pooled 3 million Ugandan shillings ($810) from all of its members, bought and registered two mobile money lines with the Airtel and MTN networks, and set up shop in a space donated by one of the VSLA members at the trading center to start transacting money.

Annet now has a more stable source of income derived from the transaction fees attached to sending and receiving mobile money, and the community has a reliable and immediate way to attract and send capital for other investments it would like to make.

“My life has been transformed because I am now able to feed my children and pay their fees comfortably without much strain. All are studying well,” says Annet.

Encouraged by these results, Usikate Tamaa has set up another VSLA and investment group in the community surrounding nearby St. Jude Kisanda Primary School, whose 18 new members have just decided to invest in setting up a pig farming business in their community. Looking forward to the rest of 2019, Usikatee Tamaa hopes to roll out similar groups for the communities surrounding another seven schools in Kiboga District.

“Building Tomorrow’s entrepreneurship training really helped us to find a model and to do what we do better,” says Michael. “We’re excited to see where this goes.”

As for Annet, the other refugees, and the community of Kyantamba, they’re proud to say that they’re now on the move in all the right ways—upwards.