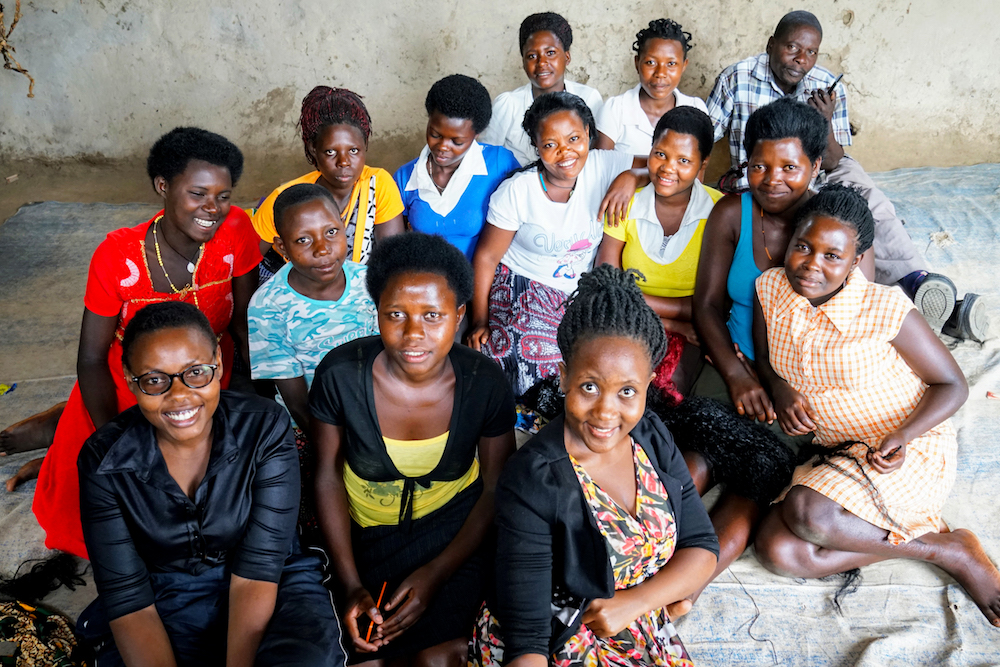 Two years ago, Namata Tendo (bottom left in above photo) joined us at Build-a-School Night 2018 and inspired us with her efforts to address gender-based violence in the schools and communities in which she worked as a Building Tomorrow Cohort 3 Fellow. Today, on what would have been Build-a-School Night 2020, we’re once again celebrating Namata.

Now serving as the head of Embibo Gender-Based Initiative, Namata immediately thought of the impact on the women with whom she works as Ugandan President Yoweri Museveni recently announced a nationwide shutdown to stall the spread of COVID-19. For such women, many of whom head households on their own, a long-term disruption in the ability to access public transportation meant an almost immediate threat to their health and food security.

Initially intent on providing soap to 200 women identified through pre-existing community organizations and savings groups, Namata quickly realized more needed to be done. The program was quickly expanded and in a three-day span, Embibo began distributing basic food provisions such as beans, sugar and matooke—a local staple—as well as soap and bleach to help ensure families are able to practice basic hygiene in the midst of a pandemic.

Most impressive, Namata and her team at Embibo distributed 25 liters of bleach and nearly 80 pounds of soap, all of which was produced by Embibo, the social enterprise started by Namata during her time as a Building Tomorrow Fellow.