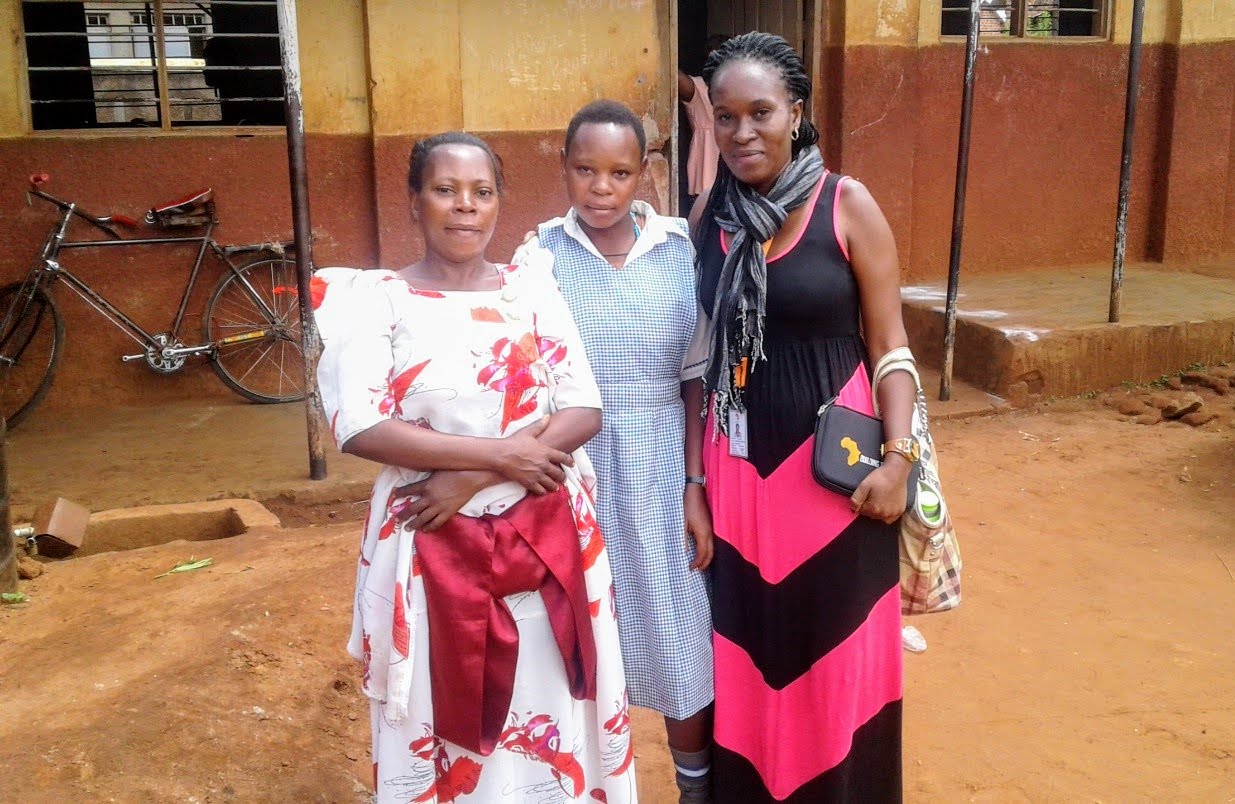 Can I Still Be a Nurse?

In this guest blog post, Building Tomorrow Fellow Catherine Nansubuga recounts the story of a 16-year-old girl named Josephine who becomes pregnant and drops out of school, and walks us through the relentless determination and encouragement that gets her back to class. Josephine is one of more than 51,000 children who we have brought back to school through our Educate 51K initiative. To find out more about our Thriving Schools Program and ongoing efforts to enroll out-of-school children like Josephine, click here.

“Can I still be a nurse?” asked Josephine.

A 7th-grade student at a government school in Central Uganda, Josephine had just discovered that she was pregnant at the age of just 16. Her dream of becoming a nurse seemed to slip through her fingers, as questions like this and others raced through her head: What does my future hold? What will society say? What will my mother say?

This last question ate away at Josephine the most. The only daughter of a single mother who toiled away every day in the fields just to scrape together school fees so that Josephine might have a better life, Josephine dreaded telling her mother what had happened over the Christmas holidays while visiting her grandma’s village— After being subjected to sexual assault, Josephine had become pregnant.

Months passed and she hid the truth beneath layers of silence, but as each week passed and she started behaving differently and not requiring materials for her monthly periods, her mother knew something was amiss. She had no choice but to let the news fall on her mother’s ears, as her own heard the words that she could no longer go to school, that the education that her mother could barely afford anyway was all in vain. Her daughter was five months pregnant. Her baby girl was about to have a baby.

I didn’t know this was the case when I stepped into Josephine’s classroom at her primary school to follow up on school attendance, as Fellows often do. But I did notice that she was no longer in class, and it was clear her absence wasn’t temporary.

Like we usually do when we hear about an out-of-school child, I decided to visit Josephine’s home in the company of one of her friends from school to see what was going on. Upon arriving, I noticed Josephine sleeping outside the house on a bench; she was clearly in some kind of trouble. But before I could even greet or discuss anything with her, her mother came quickly across the compound to welcome us.

The conversation that followed was not an easy one, not that they ever are. Her mother had vowed to never send her child back to school. For both her and Josephine, it was as if the world had come to an end and the future was a dark place nobody wanted to look at anymore.

But I had been trained for moments like these—moments where it would be my job to help people see possibility in seemingly impossible situations. So I sat in that compound and had a long and difficult conversation with them until I was able to convince Josephine’s mother to take her back to school and to visit the school administration with me for guidance on what could be done concerning her daughter’s case.

Last week, on April 15th, I organized the visit with the school administration via a meeting with the head teacher, Josephine’s 7th grade teacher, all of the female teachers at the school, Josephine, and her mother. The outcomes of this simple meeting of minds were of great impact to the future of Josephine: It was decided that she could continue her schooling free of charge until she gave birth and would be accommodated even thereafter, and Josephine’s mother was guided on handing over the case to the authorities in Mubende who could take necessary further action. Everyone present also encouraged her to take her daughter to a health center regularly to be monitored and continually supported in all areas of her life. Josephine had a support network, and we all made sure that both she and her mother knew it.

“Josephine had a support network, and we all made sure that both she and her mother knew it.”

As the Bible says in Job 14:7, “For there is hope of a tree, if it be cut down, that it will sprout again and that the tender branch thereof will not cease.” The same applies to Josephine, as there is still hope for her to become the nurse she has always dreamed of becoming. She is supported by her school, which continues to encourage Josephine’s mother to always stay with her daughter and never think of marrying her off at such a young age, as often happens with girls who become pregnant early on in Uganda. It is not the end of the world.

Getting pregnant is never the end of a dream, but rather a challenge that drives a girl child to stand strong and redouble her efforts to see her dream come true.

“Getting pregnant is never the end of a dream, but rather a challenge that drives a girl to stand strong…”

So “Can I still be a nurse?” she asks. Yes, a thousand times over. Because Josephine, and girls everywhere, can be anything that they want to be.

Special thanks to Josephine and her mother who have given their permission to share this story such that others may find courage in similar circumstances.